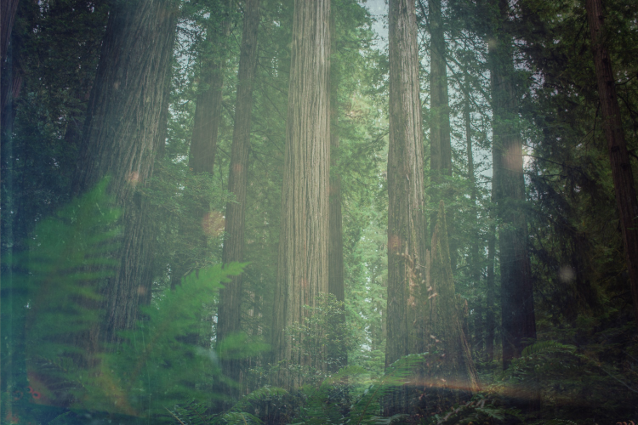 The forest is beginning to unsettle me. We have been here such a short time, and already things are falling apart. Our reconnaissance team ran back to camp a day ahead of schedule, screaming like babes fleeing nightmares. Strange to see accomplished Earth masters like Yebani and Mostaf running through the trees, tearing their hair out and gibbering nonsense like madmen. After a few hours the team settled down, but only Second Mage Yebani found the courage to report what had happened.

“We neared the clearing again,” he admitted. “The one with the tall hill.”

“The one that the elphine natives warned us to avoid?” I said, fists tight as stones on my hips. “I instructed you to go the other direction.”

“But, First Mage, it drew us. There are energies in that clearing, strong beyond belief. You haven’t felt them. The hairs on my arms rise with the dwergma, it’s so strong. There must be something inside the hill we can take back to Tai-Ura with us.”

“Perhaps,” I said, distrustful of dwergma that could turn rational men into raving lunatics. “But my first responsibility is to get my team home safely.” My superiors among the Jade Circle have promised to revoke my privileges as a Diviner of the Realms if I lose another team. I’m not happy about the Circle’s decision to send me into active duty so soon. I’m still in mourning; I will always be in mourning, but the Circle seems to think my personal sorrows are secondary to their objectives.

The Jade Lord Venu had told me, “We have reviewed the memories of the surviving team members, as well as your own, and though we have judged you careless in not stationing sentries, you are also one of our best Diviners. Your discoveries of rich dwergma stores have been invaluable to us. Therefore, we are giving you one more chance…”

Do I want another chance? The memories are so strong in this place that I can almost hear their screams.

Doubtless, the Jade Lord had decided I needed a few steady hands along, in case I cracked. Mostaf is a true veteran of the Circle’s explorations of the Outer Realms. Though he coddles me, much like a worried father, he doesn’t tell me how to do my job. My credentials must be extensive enough to have earned his respect. Yebani was one of the survivors of my last expedition; he saw what happened and understands why I dread coming back. Osharu is our scout and my brother-in-marriage. At first, I refused to travel with family—I have lost too many already—but Osharu insisted he come along to watch my back. The rest of the team are students of the Jade Tower, undermages whose skill won them a place on the team roster. So many in my care. And I have lost all trust in my ability to protect them.

Eventually Yebani stopped shaking. He clutched a mug of hot taza in calmer hands. We had to determine if the dwergma he detected was usable or better avoided. I asked, “Your reaction to the clearing was far different last time.”

“It began the same,” he said, “the same confusion, the sense that I was dreaming, going to someplace familiar, but someplace I feared. I couldn’t tell if I was awake or dreaming. And then … no, I don’t want to think about it.”

Strange that he should speak of dreams. Since setting up camp deep inside the forest, my sleep has been plagued with dreams so vivid that I swear I am living them—or reliving, as the dreams are more like memories. Memories of Saariv and our little Akisa.

His dark skin had a sickly gray hue to it. “We walked around the hill for a bit, then, before I knew it, we were climbing. I know what you’re going to say, Ennala! We were foolish and reckless and you’d be right to send us home. But we were drawn, I tell you.”

I let him beat himself up to save me the trouble, and then I asked, “The confusion worsened as you climbed?”

“No, my mind cleared, and I felt compelled to keep climbing. Ah, First Mage, suddenly I was back among the orchards where I grew up, and…”

“But why the terror?”

“Well, my life hasn’t been all orchards and sunlight, Ennala. There are bad things, too. Things that have happened, things I’ve done. Something in that clearing knew them all and … I don’t know, wanted to take them from me? I guess I was running and screaming because I didn’t want to give them up, but I didn’t want to be reminded of those things either. And, well, I kept trying to wake up and couldn’t. The same must’ve happened to Mostaf.”

What kind of magic drew out a person’s memories only to deliver them like a gift in a box? Oh, to be faced with … no, I couldn’t allow it. “We have to move camp. We’ll try farther east. Maps indicate a wide plain there. We might be able to document native herds or veins of dwergma.”

Yebani sagged as if I had ordered him to a gallows. “But there’s something—”

“Clearly,” I bit. “And it’s something we’re going to stay away from. The Circle wants forms of dwergma that augment our skills, not more dead mages. Get some rest, Yebani. We’ll pack up tomorrow morning.”

We have turned in early, but I’m afraid to sleep. Afraid of the dreams. As far as I know, none of the other mages have heard my sobs in the early hours, though I think they see that I’m not sleeping well. A long while I have lain in my bedroll, gazing up through the humming dome of my tent, watching, recording. It’s peaceful tonight, despite the strange calls of some undocumented nightbird. The trees here are large enough to swallow villages. The canopy shuts out the starlight. Easy to see why the forest’s discoverers called it Vatanne’s Cathedral. Here, the ground is moist, not with water, but with pure earth energy. Drifting mists of pollen twist, wraith-like, through the trees. Coming from a world where magical energies are fading, we feel like we breathe air for the first time when emerge through the portals. But as beautiful as the Cathedral is, there are pitfalls and toxins we have not yet discovered, predators we have not yet named, and mysteries we cannot explain.

I was unable to hide my sobbing from the team last night. Malia shook me awake, asking, “First Mage, are you hurt?” My face was wet; the tears had run into my hair. Malia sat back on her heels waiting for me to speak.

When I realized where I was, I confessed the dreams. This time I had been running, reaching out a hand to save them, but the wolves suddenly disappeared, stealing Saariv and Akisa into the shadows. My daughter’s screams echoed among the trees, but I couldn’t find her. Just as suddenly, I stood in the killing ground. The wolves were gone. They hadn’t left much. I knelt in the leaves wet with blood, and wept.

Malia voiced her sympathies, but she hadn’t much to say. “You’re brave to come back so soon. I don’t think I could.”

I had hoped for healing, but the sights and smells and energy of the forest act like blades ripping open the wound again and again. I told the Circle it was too soon, but they asked, “Is there ever a right time to return to the place where one lost a husband and daughter?” A callous thing to say, though it was, perhaps, true. All I can do is finish the mission, go home, and retire. I do not look forward to the loneliness.

Read the rest of the story in Explorers: Beyond the Horizon, an anthology by The Dead Robots’ Society.

None of the text may be reproduced, copied, redistributed without written permission by the author.